The Bible states that at the age 75 the Word of YHWH came to Abram in a vision commanding him to leave Ur to a Land GOD would show him. GOD promised a land and descendants as numerous as the sand of Earth and the stars of Heaven; an heavenly and Earthly posterity. Abraham believed the Promises and thus was called a “Man of faith”, Righteous and ‘the Friend of God” by YHWH. The Apostle Paul uses Abraham as an example of salvation by faith and the progenitor of Christ Jesus the Messiah in Galatians 3:16. The imagery of a father, as Abraham was to test by a sacrifice of his only son is a type of God the Father offering His Only Son at the Cross of Calvary as stated in John 3:16. Many believe that this sacrifice of the SON of GOD was on the very site Abraham attempted -at Mr. Moriah (Calvary).

The Promise of GOD’s Redeemer in Genesis 3:15 to Eve and then to Abraham was physically manifested through Abraham’s physical descendant -JESUS. Abraham, according to the Apostle Paul, is the representation of those that by their Faith in the LORD GOD of Israel is accredited to as Righteousness; not one’s own but by the Covenant unilaterally made by GOD. This was by the giving of the propitiation of Christ Jesus for those that believe and trust in Christ through the sacrificial substitution for Humanity’s sin at the Cross. There, Jesus purchased Redemption, Sanctification, and Glorification for those that believe on the SON.

Abraham was a descendant of Noah’s son, Shem. Terah, the 10th from Noah, fathered Abram. Most Biblical scholars agree that he died at the age of 175. Abraham means “the father of a multitude” (Hebrew: ʼaḇ-hămôn goyim). Abram’s was his name before YHWH changed it to Abraham, His native homeland was Ur Kaśdim, better known as Ur of the Chaldees. The standard Masoretic Text of the Hebrew Bible places Abraham’s birth 1,948 years from Adam. Israel’s re-birth coincides with ‘1948’ after Christ, the 2nd Adam. Date nonetheless will specifically speculated on and used as 1948 BC as the reference point. 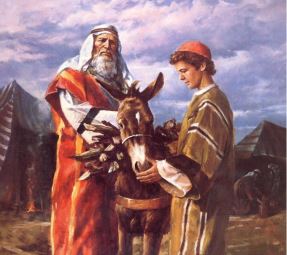 If Abraham’s birth perhaps correlates to Modern Israel’s birth, then thereafter, the Presentation of the Bride to the Son is to follow. This is a speculated pattern of how the Holy Spirit will bring the Bride of Christ to Jesus. It is speculated that on 63 AD Herod’s Temple was completed. The 64th Anniversary for Israel occurred in 2012 since 1948. Herod’s Temple only stood completed 7 years as in 70 AD it was destroyed by the Romans. Perhaps this could be a shadow the completion of God’s ‘Spiritual’ Temple, the Bride of Christ that thereafter has been prepared for the SON will be presented. Will this generation then be the one in which that Messiah is presented the Bride much like Isaac was with Rebecca? 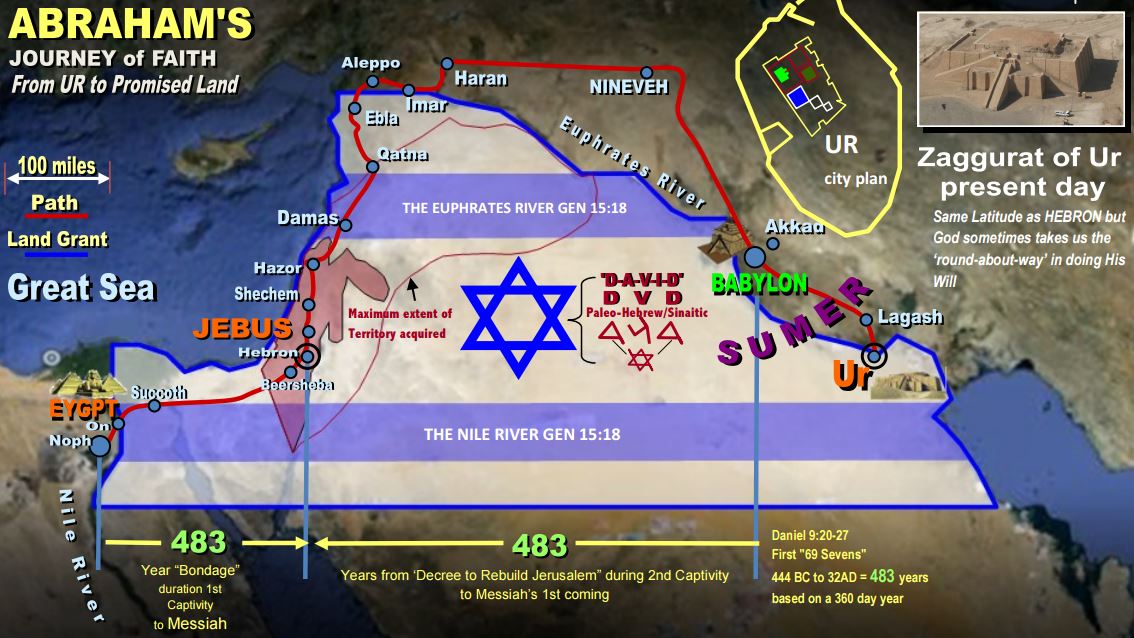 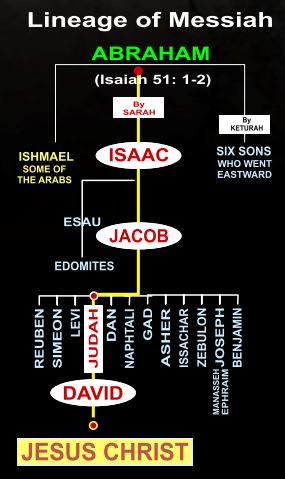 As the Father is to present a Bride to Christ, so too Abraham sought a Bride for Isaac. As Rebecca was ‘fetched’ and taken out of her land, is the ‘Year’ of that Presentation to Isaac, the ‘son’ then tied to the 1948 Benchmark year. Abraham’s birth then foreshadowed the re-birth of Israel in so doing puts the “Blessed Hope’ or Rapture in queue to take place in the generation that saw the 1948 AD re-birth of Israel as the Rapture is a presentation of the Bride to the SON, the King. The timeframe is possibly within the 70-Year generation of suffering to be completed by Israel. Christians now as Abraham are also looking to the New Jerusalem, with foundations, whose Architect and Builder is GOD.

When the 3 Visitors came to visit Abram in the Plain of Mamre, the Bible account alludes to them being the representation of the Trinity. The Spokesman referred to Himself as seeing the future and issuing decrees of blessings for Abraham but cursing for the cities of Sodom and surrounding cities. In the Old Testament, such apparitions of ‘God’ or Jesus Christ are called a Theophany. An apparition of Jesus Christ in the New Testament, as when the Apostle Paul saw the LORD, it is called a Christophany.